Tinnitus is a very common problem; it is extremely annoying and frustrating for people suffering from frequent attacks. A tinnitus attack leads to irritability, lack of sleep, poor concentration, and depression. Since there is no direct tinnitus cure, people suffering from chronic tinnitus should try out the various tinnitus therapy techniques to reduce the effects of tinnitus and get relief. 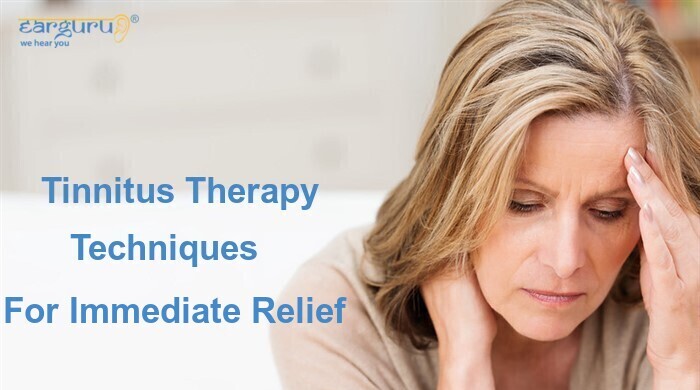 Is There A Cure For Tinnitus?

Unfortunately, there is no medical cure for tinnitus. The tinnitus therapy techniques given below do give relief but are not permanent cures. Tinnitus therapy techniques help to reduce the intensity of the tinnitus and enable the patient to lead a comfortable life. Many pharmaceutical companies are working on a medical cure for tinnitus and very soon we will see doctors prescribing medicines.

What Is The Most Effective Treatment For Tinnitus?

Every person’s body function and physiology are unique, a tinnitus therapy suiting one person may not be as effective for another. A particular tinnitus therapy management will work depending on the cause of tinnitus. It is important to understand that tinnitus is a symptom and not a disease. A defect or cause elsewhere in our body causes ringing in the ear and other related symptoms. Read to know the causes of tinnitus.

Before we go into the various recognized tinnitus therapy techniques which require you to consult a qualified person, there are a few actionable tips on how to relieve tinnitus, that the patient can take on their own.

If you are in a situation or location where loud noise is present, use noise reducing earplugs. Do not avoid noisy situations totally as it may increase sensitivity to sound and aggravate your tinnitus.

Do Not Isolate Yourself Or Live In Total Silence

As mentioned above, avoiding noisy situations decreases our tolerance to sound and reduces our ability to face noisy conditions.

Salt thickens the blood which makes it harder to circulate causing an increase in blood pressure. Reducing salt intake helps in reducing tinnitus.

Keep A Check On Your Blood Pressure

As mentioned above, tinnitus is directly related to blood pressure. If you are suffering from high blood pressure, take appropriate treatment and keep it under control.

Caffeine and nicotine are stimulants that increase the levels of tinnitus in some people. Avoid alcohol as it can trigger tinnitus. Regular consumption of alcohol also increases the chances of hearing loss.

Physical activity increases the heart pumping rate which enables the heart to pump more blood. The small blood vessels or capillaries leading to our ears and other organs get more blood and nourishment. Yoga is a tried and tested method to reduce tinnitus.

Does Fatigue Cause Ear Ringing?

Many people have observed an increase in tinnitus when they are tired. Fatigue is a sign of undernourishment or not consuming a balanced diet. Consult a dietician to know if your daily diet contains the necessary vitamins and minerals.

Stress is very common due to work pressures and lifestyle changes. Our body releases certain chemicals in response to stress, continuous secretion of these chemicals is harmful. Read about the effects of stress on our hearing.

Tinnitus Retraining Therapy or TRT tinnitus treatment is a proven process of learning to cope with your tinnitus. It’s not a cure, but it helps you to cope with the noise in your head.

How Does Tinnitus Retraining Therapy Work?

The therapy is based on the idea that after some time, our brain will get used to or conditioned to the new sound and stop paying attention to it. This is why TRT is a treatment for ringing sounds in the ear and is helpful for people suffering from tinnitus.

The above tinnitus therapy is generally done under supervision and requires multiple sessions.

Research on CBT for tinnitus shows that it’s not the tinnitus or the loudness but your perception or your response to tinnitus that decides how bearable or tolerable the sound is. 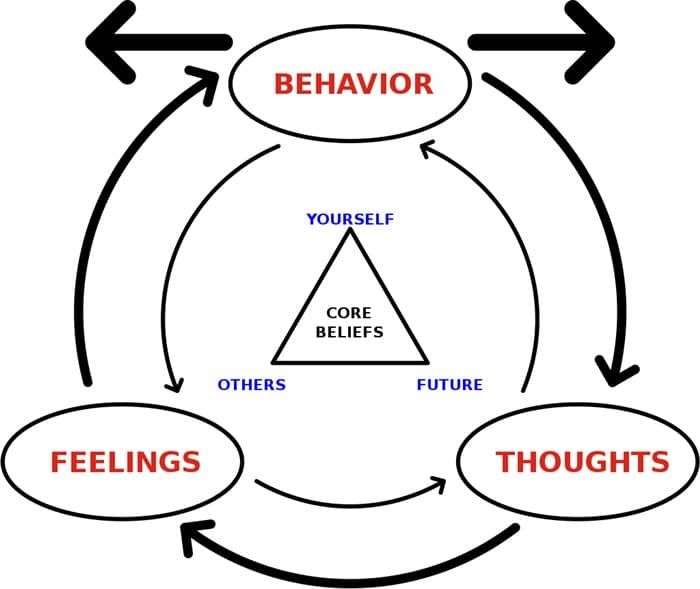 With the help of cognitive behavioral therapy, the therapist changes the thought processes and perception. The therapist identifies the negative and detrimental thoughts which increase anxiety and depression. And replaces them with positive and more realistic thoughts. That helps us to face tinnitus and handle the situation better.

Though tinnitus is an internal sound, its effect can be countered by external sound devices. The following sound therapy methods are effective in reducing tinnitus.

In 75% of the cases, people suffering from tinnitus also have some hearing loss. Hearing aids with a masking feature is ideal in such situations. Besides providing amplification to compensate for the hearing loss, these hearing aids emit white noise.

This noise is adjustable and will match and mask the tinnitus sound. At the same time, the amplification of speech frequencies helps to lower the ringing or reduce tinnitus.

A tinnitus masking device is identical to a hearing aid but does not amplify external sound. It only emits white noise or a tone to mask the tinnitus noise. This device is generally used by people having tinnitus but no hearing loss.

Notch Therapy is a recent development in tinnitus therapy management. The earlier method was to mask the tinnitus noise. The new method does not mask the tinnitus sound but pushes it into the background.. For the Notch Therapy to work, the therapist identifies the center frequency of the patient’s tinnitus noise. The patient hears various frequency tones and is asked to identify the one which is closest to their tinnitus tone.

The reasoning is that, instead of drowning out or masking the person’s tinnitus sound, the tinnitus sound is pushed into the background. This action of notching out reduces the activity of the neurons thereby reducing tinnitus.

Tinnitus apps are very convenient and a convenient tinnitus home treatment option. Free and paid apps are available for download, all you need is a smartphone. Try out the various apps and select the one which gives you maximum relief. You can save more than one app on your smartphone and use them depending on the type and intensity of the tinnitus sound.

Tinnitus physical therapy is essentially done under the supervision of the chiropractor.

This method is very effective in reducing tinnitus in the case of cervical tinnitus. Cervical movements and muscle contractions of the neck give relief. The movement should normalize cervical spine mobility. Stretching the tense muscles of the neck also reduce tinnitus.

Patients notice a reduction in the sound and pitch by the movement of their jaw, neck, and eyes. Applying gentle pressure with fingertips on the temples, and behind the ear is also an effective therapy.

Strong electromagnetic stimulation reduces neural activity. Since excessive neural activity is one of the causes of tinnitus, some patients may benefit from this therapy.

Vagus Nerve Stimulation therapy has received approval from the FDA for the treatment of epilepsy, depression, and cluster headaches.

Detailed information on the method and the results obtained by using Neuromodulation by Vagus Nerve Stimulation are mentioned in this article in the Plos.org journal.

Since medications for tinnitus are unavailable, doctors often recommend symptomatic treatment. Tinnitus is a symptom and not a disease, doctors look for the disorder that triggers tinnitus and treat it. Anxiety, depression, and stress are common triggers.

As per the American Tinnitus Association, the following antianxiety and antidepressant drugs are commonly prescribed as medications for tinnitus.

Common antidepressant drugs used as a medication for tinnitus:

Common antianxiety drugs used as a medication for tinnitus:

Note: do not take any drug unless prescribed by your doctor.

Many people use complementary and alternate therapies to get relief. Though none of these therapies have received approval from the drug controller or are medically proven, yet people claim to have benefitted from them.

In case, the therapy involves consuming any supplement or herbs, patients should check with their doctor for any contraindications or reactions with the drugs they are taking.

Tinnitus is a frustrating experience and has a major impact on one’s life. We have not found a cure so far because it’s not simple and is caused by multiple factors. Hopefully, one of the tinnitus therapy techniques described above may bring some relief till we have a cure.

What are the Common Social Anxiety Symptoms in Teens?

Assistance Dogs Improve Well-Being For Those with Hearing Loss